How to schedule and manage tasks using crontab 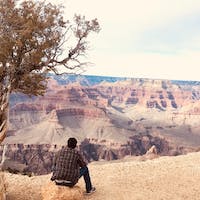 Subscribe to my newsletter and never miss my upcoming articles

Before going into details about crontab, lets suppose you are running an online store and you want to send an email about latest deals on every Friday at 9AM MST. So how you can achieve this. Of course you can write your own job scheduler of n number of lines of codes if you have that much of time or you can simply use crontab available in all Unix and Linux operating system to schedule a task.

Crontab is short form of cron table. The cron is a utility available on all Linux and Unix operating system that runs a task or process at a given date and time. So crontab is actually a table that contains script or commands along with date and time to be run at.

How to view the crontab or cron table

Use crontab -e to edit and manage cron table

How to set date and time of job run

Below is the format of crontab that is supported by all Linux systems.

Lets get into some examples for better understanding

Example 1: Lets get into the first example we discussed at the beginning i.e. Run a job to send an email to all subscriber at 9AM every Friday

Example 2: In below example, we are running a job every 15 minutes( Note / operator)

Example 3: Here we are running a job every 1st and 5th hour ( Note the comma)

Example 4: Below job runs on 1st January every year at 7AM

As of now we have seen how crontab can be used to schedule a job at a specific date and time. But what if we want to run a job at a random time or say random minute every hour. Well we can achieve this as well by writing a sleep command as shown below.

Lets understand what we did above. As per crontab rules above command set will be run at every hour. At the start of every hour, the cron will encounter the two commands and the first command is to sleep for random minutes. So this cron will delay for this random minutes and then it will execute the second command which is our job once it wakes up from sleep 😃

If you want to do some more stuff than just sleep, we can write a shell script for the same instead of sleep.

As shown below you can run a python script from shell script after delaying n no of minutes.

So basically you are running a python code from a shell script once after delaying RANDOM minutes and after doing some more code stuffs:)

Cronjob is a very helpful utility table that is being used to schedule a task. Rules are very simple and easy to remember. You just have to follow the correct format to run a task or script. Hope this help you schedule your script/jobs :).